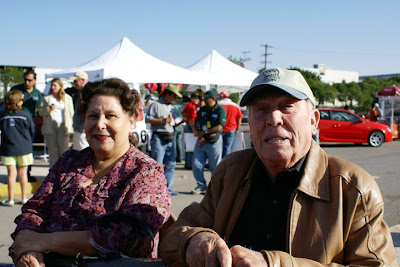 It is with heavy heart that I report that I just recieved word that yesterday Don Arturo Perez has passed away. It was was his son Gabriel that won the Carrera with Angelica Fuentes in 2006 in a Turismo Produccion Ford.

I consider myself blessed to have met him in person and spent some quality time one fine afternoon getting to know him while at the La Carrera Panamericana get together at Tarpys during the Monterey Historics weekend. 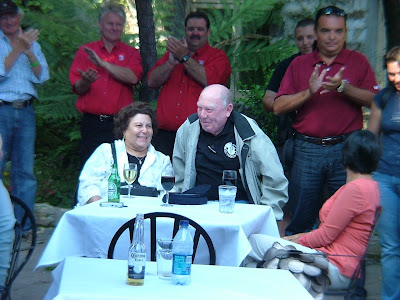 He will be missed by many who loved and respected him. My sincere condolences to his family and those who loved him. Gods speed Don Arturo Perez.
Posted by Gary Faules at 4:26 PM No comments:

From The Desk Of Gerie Bledsoe

Forty-four North Americans (Canada and the USA) have applied to participate in La Carrera Panamericana 2011. Each has made a non-refundable deposit of $500. The names of these competitors and their cars have been provided to the Organizing Committee.

At this point in time, the route, the entry fee, and the number of entries allocated to North America have not been announced.

The Pan Am, the Mexican Road Race, has been over-subscribed for the past two years. In fact, last year the number of entries from North America was limited to only thirty-one. In some years, it had been as high as 54.

An advisory committee will review the rules and policy of the Carrera at a two-day meeting this week in Queretaro. For the first time, this committee will meet with car builders. The speed and safety of the cars will be discussed. The council will then make recommendations to the Mr. Eduardo Leon and the Organizing Committee.

The top class of Carrera cars—Turismo Mayor—often reach speeds of over 185 MPH. Even Turismo Production and Historic C cars regularly reach speeds of over 170 MPH. The Organizing Committee is concerned about the safety of the competitors and spectators, and apparently wants the advisory group to discuss ways to slow the cars down. Many, if not most, race organizations have ways to limit top speeds, including NASCAR on certain tracks and the WRC.

Because the event has been over-subscribed for the past two years, it is possible that for the first time the Organizing Committee may begin to select cars on the basis of interest, rather than “first come, first serve.” Please note the word “possible.”

Therefore, if you are trying to decide what type of car to enter in the event, here are some ideas that might facilitate your entry.

First, try to select a car that could run in one of the under-subscribed classes, like Sports Mayor or Sports Menor. These two classes—for highly modified sports cars made 1940-1954—with engines of more than 2000 c.c. or less than 2000 c.c., respectively, tend to have only three or four entries each years. These are also classes in which certified replicas may be entered.

The class “Original Pan Am” – mostly stock sedans and sports cars from 1940-1954 – has also be under-subscribed of late. Cars in this class are allowed four-wheel disc brakes, modern ignition systems, and cooling systems to make them safer and more dependable.

Historic A and Historic A+ are two other classes for four-cylinder sedans and sports cars with under two liter engines that are likely to be favored by the Organizing Committee. These are colorful, small bore cars that do not attain the speeds of the big American V8s. Volvos and Alfas are popular here. Historic A+ cars (1965-1972) may also use modern engines up to 1600 cc.

It is logical, therefore, to think twice about trying to enter another Mustang or Falcon in Historic C, for example. Last year there were 17 Mustangs and Falcons among the 31 cars in Historic C. The same may be true of Porsche 911s in Historic B, which has seen a large influx of 911s recently from the Hispanic TV channel Televisa over the past two years.

Please do not read this to mean that another Mustang or another 911 will not be accepted. Heck, if you are a former F1 piloto, you can drive almost anything you want!

Second, try to have your car ready to photograph by January or February, so the Organizing Committee can actually see its livery and check out its roll cage and safety features.

Third, get yourcomplete entry in early.

Twenty North Americans have committed to the fifth year of the Chihuahua Express, April 8-10, 2011. Another ten or so Europeans and twenty-four Mexican racers are expected to join the fun. Virtually all of the competitors have experience in La Carrera or have run the Express before. A few have signed up for the bracket class and the regularity T/S/D rally.

The Chihuahua Express is open to modern and vintage race cars with six-point roll cages. A roll cage is not required for the tour or T/S/D “regularity” rally classes.

The Express comprises three days of racing – around 325 miles of top speed stages -- across some of the most remarkable landscapes in the world. It is open-road racing at its finest; only 145 miles from Texas. Go to www.chihuahuaexpress.com and click on English for more info, or click on gbledso@aol.com to receive a three-page FAQ via email.

Registration and technical inspection are a snap, the cost is low, the time commitment is minimal, just about any car may be enrolled, and the race organization is professional. In only four years, it’s become a world-class event. It may not have the history of the Carrera, but it packs just about as much racing into three days, much closer to Uncle Sugar.

The Express Convoy will leave Santa Teresa, New Mexico (El Paso, Texas) on April 6 for the short drive across the border and down to Chihuahua City.

The Express is an excellent way to learn how to stage rally Mexican style, because it uses the same rules as La Carrera Panamericana. It is also open to most cars that may not be eligible for the Carrera.

Last year the Pan Am started in Tuxtla Gutierrez and ended in Zacatecas. Over-night stops along the way included the cities of: Oaxaca, Puebla, Queretaro, Morelia, Guadalajara, and Aguascalientes.

The route for 2011 has not been announced, but it should be about the same. However, there has been a persistent rumor that the event may start again in the Pacific resort town of Huatulco. Last year was the first time, at least in 12 years, that the race ended in Zacatecas. In previous years, such as 2000-2006, the race had stopped for two nights in this lovely city, before ending in Nuevo Laredo. However, last year the Organizers decided to end it in Zacatecas because of the troubles along the border in and around Nuevo Laredo.

Included in the entry fee—not decided at this time--is one double room for the eight nights of the event--from the starting city to the end.

Carrera cars and other vintage cars up to 1981 models with roll cages are welcome to participate in the 89th running of this great event on June 26, 2011. Carrera cars will participate in a Vintage Division administered by the Rocky Mountain Vintage Racing organization (www.rmvr.org). The entry fee is $900 by February 1. It then goes to $1000 through March 31, and then to $1000 from April 1 to June 1.
If enough entries are received, a rebate of up to $100 will be made prior to the event. A complete application, including photos is needed to meet the deadlines. Co-drivers or navigators cost a little extra. If you would like an entry form, please email gbledso@aol.com. Only a few miles of the 12.4 mile "Race to the Clouds" remain unpaved.

Need a race car for the Chihuahua Express, Pike’s Peak, or the Pan Am, and don’t want to build your own? Check with the following two good friends of mine who build great cars and provide exceptional “arrive and drive” service:

Todd Landon. Contact Todd in Minnesota at +1-952-250-7948 or TALandon@landolakes.com. Todd’s Mustangs have won the Historic C class and finished in the top ten overall. He has also supplied cars for the past the Pikes Peak event.

Mats Hammarlund. Contact Mats at +011-52-415-1010308 or mats@mhracing.com.mx. Mats’ cars have won the overall championship for the past two years, and last year two of his Falcons won first and second place in Historic C. MHammarlund Racing is located in San Miguel de Allende, which is 179 miles north of Mexico City, near Leon and Queretaro.

Have a car for sale? You may advertise on www.panamrace.com for $35 for the year, or $45 with a photo. Contact the webmaster, lauracox@austin.rr.com, to make the arrangements. I will also feature your ad three times in CARRERA NEWS. You may also advertise on the official web site www.lacarrerapanamericana.com.mx at no cost.

There is no charge to post an ad here for those ISO a co-driver, crew members, or a ride.

The views expressed in CARRERA NEWS are the views of the author and do not necessarily reflect the official position of the Organizing Committee of La Carrera Panamericana. Furthermore, the author of CARRERA NEWS has been a competitor in this event for thirteen years, normally in Historic C (car #395), and therefore his opinions may constitute a blatant conflict of interest.

Finally, motor sports, including La Carrera Panamericana, are dangerous, and can lead to serious injury or even death. Competitors are urged to prepare their cars carefully and to drive them prudently. Competitors will sign a waiver holding the Organizers and their agents harmless.

Posted by Gary Faules at 1:20 PM No comments: 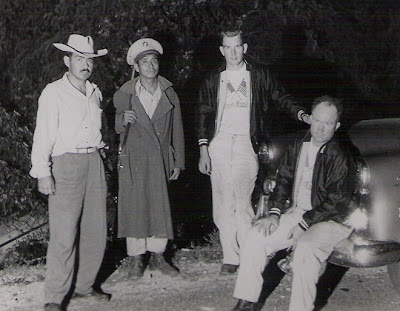 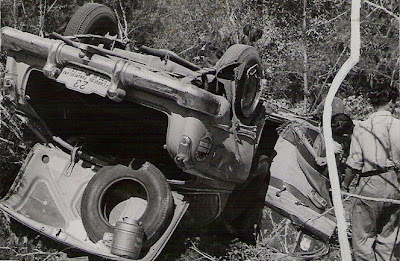 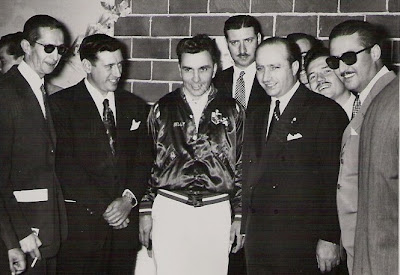 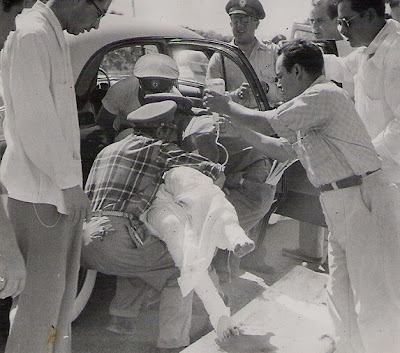 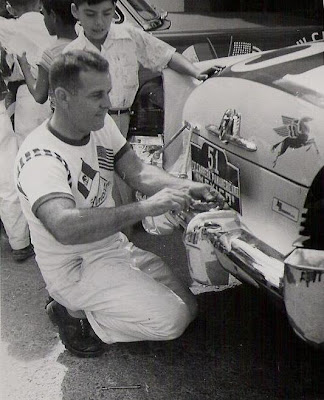 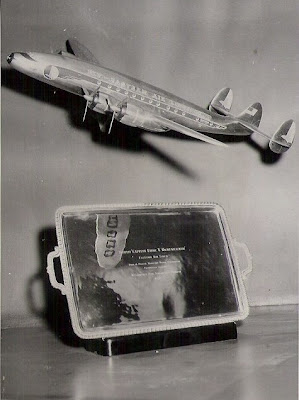 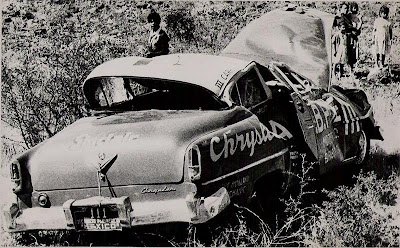 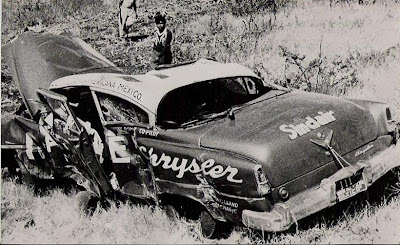 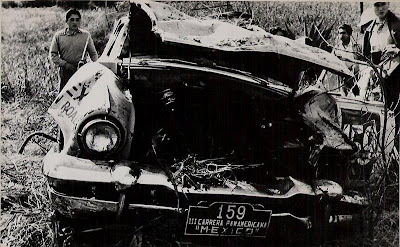 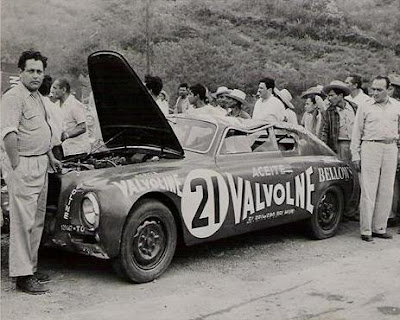 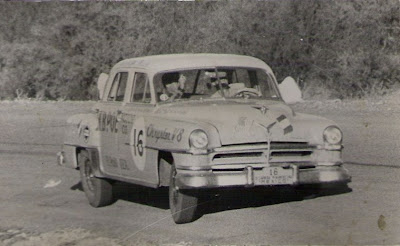 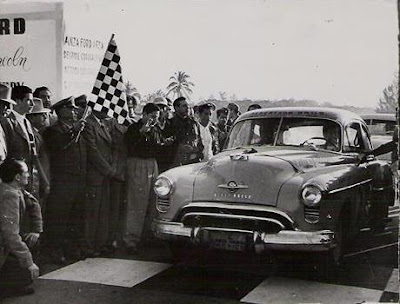 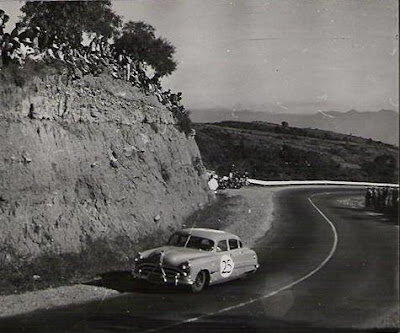 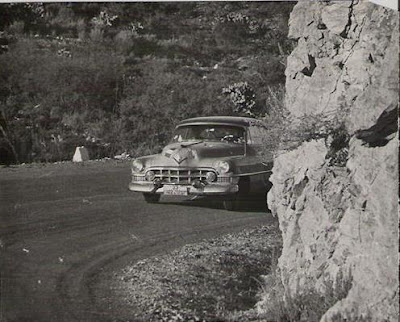 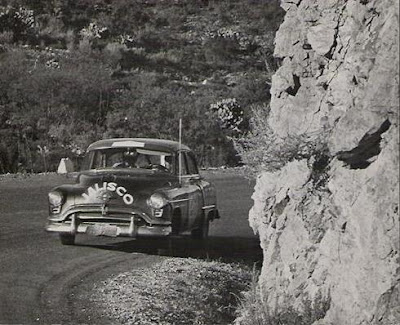 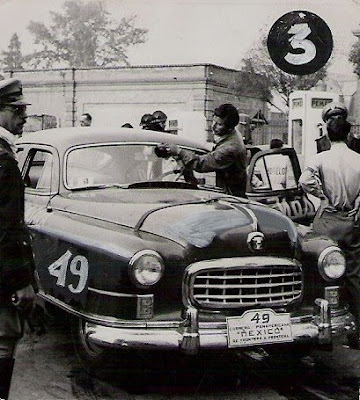 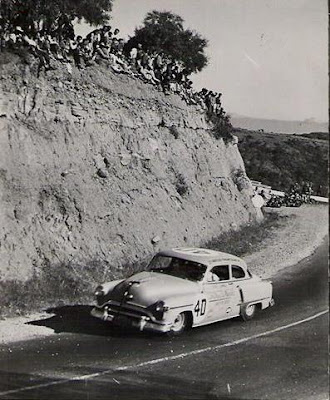 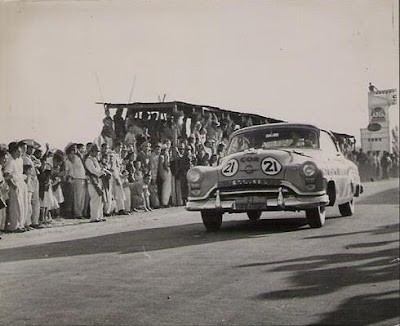 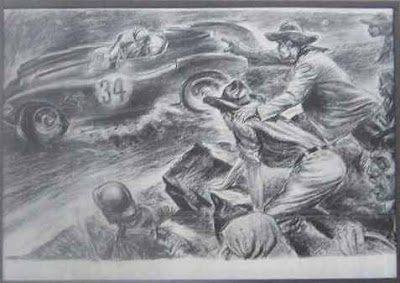 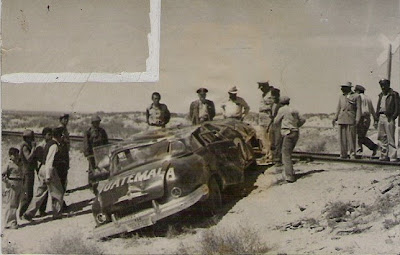 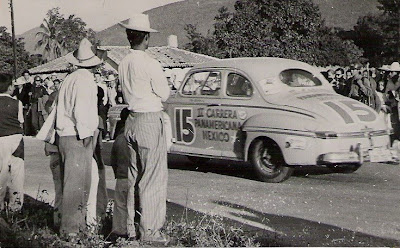